I've decided to rebrand the website. Unfortunately I didn't put a lot of thought into the name when I first chose it. Aside from just being a terrible name, the "Virtual" keyword turns up some not so family oriented results at a lot of download sites. 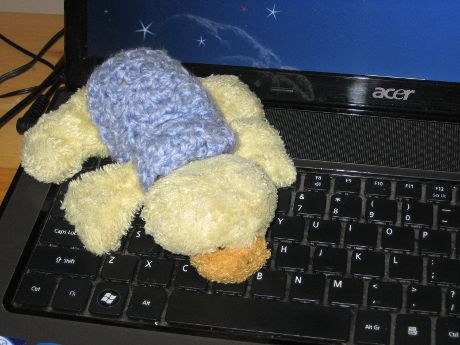 Speed Duck was created by my son. It was the name he chose for his stuffed platypus. For a whole summer his fantasy world was filled with the exploits of the heroic "Speed Duck".

The forum is gone. It was never getting used anyway. I'm putting Disqus on the pages than might solicit comments. Disqus is way cooler and easier to use than a forum anyway.

The software will have installers for Windows, Debian, and Mac systems in addition to the generic .jar executables. This should cover 99.5% of desktop/laptop computer users, and I suspect the remaining 0.5% know what to with an executable .jar file. If anyone wants to maintain an installer for their favorite GNU/Linux distro or any other system, I would be happy to host it here. The only requirement for these games is a Java runtime version 1.6 or higher.

Of course all of this will take time to complete, so this site will be under construction for a while.

This version will be packaged as native installers for Windows, Mac and Debian.

The biggest change for this version is the introduction of a jigsaw save/load feature. There are still a few wrinkles to work out (It can't load a game that was saved at a higher resolution), but I consider this to be a huge step forward in features development.

I will be working on getting Debian and Mac installers out over the next month or so, as well as polishing the new features and adding a few more.